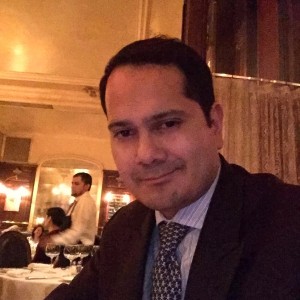 Columbia University in the City of New York

I can help you master any and all aspects of English writing and literature, as well as prepare for any kind of testing. My technique is engaging and custom-tailored to your learning style and needs. I am an experienced writer and editor with a background in digital media and online content creation, as well as academic writing and research.

My most recent full-time position was as Lead Editor at Ashton Kutcher's media company A Plus, where I worked from 2013 until their acquisition this September. As the very first writer at A Plus, I laid the groundwork for a strong, unique, branded voice.

I was initially tasked to research and write buyers guides, which I did for everything from women’s clothing to household goods. After the company transitioned into viral media and positive journalism, I managed their Facebook page, developed social media strategies to maximize traffic, vetted and edited articles, coached writers in locating and writing viral content, and wrote hundreds of articles that, to date, have brought the site over 143 million page views and more than a billion Facebook impressions.

I currently work as a contractor editing college admission essays for some of the most prestigious universities in the world, as well as consulting on everything from essays to linguistic forensics. I've professionally written screenplays, song lyrics, television scripts, riddles, and sonnets.

I have the practical and theoretical skills that will help you get to where you want to be with your writing, understanding of literature, or appreciation of language arts.

Columbia University in the City of New York

If you would like to message Kal A., please login as a student. We do not require any payment information to message our tutors.