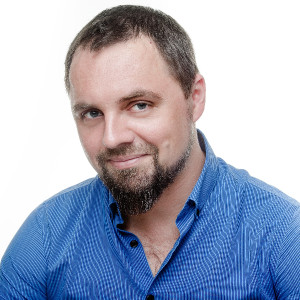 I’m a cantor, musician, music producer and a rabbinical student. I’m a leader in the Polish nu-klezmer scene and together with my group perform Yiddish and Hebrew songs, as well as songs of own authorship written on biblical and rabbinic motifs. Since 2009, together with the band, I have performed many times in different countries in Europe - Poland, Sweden, Germany, Ukraine and Romania. I have recorded two CDs and produced two music videos. While living in Poland, I was also a teacher in two Jewish communities, where I taught singing, Torah chanting, Jewish and synagogue songs (davening), playing the guitar and drums. Israeli Ambassador Zvi Rav-ner once exclaimed in response to one of Mirski’s songs: “How wonderful to hear Jewish musical creativity in Polish, once again.”

In October 2016 I moved to Los Angeles. Since then I have started cooperation with various Conservative and Reform synagogues, leading Kabbalat Shabbat services, including musical ones (TBI Pomona, Temple Aliyah in Woodland Hills) as well as with cantorial soloist and singer Cindy Paley, performing with her and the band regularly at concerts in California and in Poland (twice at the prestigious, international Jewish Culture Festival in Krakow, in 2017 and 2018 years). Currently I am a regular Torah reader in two synagogues in Los Angeles area: Mishkon Tephilo and Adat Shalom, as well as a member of the musical davening team at Ikar.la (drums).

I am in rabbinic studies, where I gained a deep knowledge of Biblical Hebrew. I have several years of experience in Torah chanting, preparing the texts for chanting + I am a very good singer. With me you will learn everything correctly, clearly and precisely.

I've been performing on stage regularly for 20 years, as a vocalist, solo guitarist and drummer. I have a lot of experience in teaching music, I've been doing it for about ten years.

I am a very social and honest person. I approach every work conscientiously, including the work of the teacher.

Here's one of my music videos:
https://www.youtube.com/watch?v=mODxCZVyvC8

If you would like to message Menachem Mirski, please login as a student. We do not require any payment information to message our tutors.