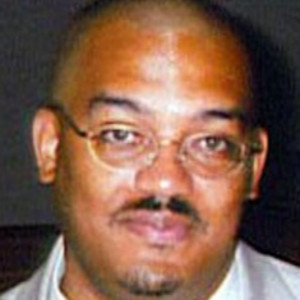 In December 2014, I received my Ph.D. in English from Morgan State University where my areas of concentration were Screenwriting/Film Studies (under Language and Professional Writing/Visual Storytelling) and Multicultural Studies. In June 2019, I earned a 120-hour TEFL certificate from MyTEFL (Footprints Education). I also hold an M.A. in African American World Studies from the University of Iowa, and I have more than 18 hours in history-related, graduate-level coursework.

My strengths include problem-solving and helping people improve their writing while retaining their own voices.

My experience in academic settings includes four years in Trio Programs at the University of South Carolina Lancaster. As Project Counselor for the Upward Bound Program, I recruited students (grades 9-12), monitored students' academic progress, conducted workshops on academic success in high school and college, and taught college "survival" skills. I planned and conducted the program's academic year and summer events (academic and cultural). I also built a rapport with parents, members of the community, and Lancaster High School faculty and staff. In addition, I assisted the Opportunity Scholars Program (Student Support Services) with its Early Start Program for incoming college freshmen and taught sections of University 101 designated for the program's students.

I am also a highly experienced editor, proofreader, and script analyst. Since 2011, I have edited and proofread papers and book manuscripts written by students and professionals. I have provided script coverage and story analysis for the Baltimore Screenwriters Competition (2011- 2013) and for individual writers (2011-present). I have also served as a judge for the University Film & Video Association's Scriptwriting Contest since 2013.

In 2012, my portfolio of screenwriting excerpts won the Adele V. Holden Creative Writing Excellence Award in Baltimore, Maryland. The prize money allowed me to attend the 2012 Cannes Film Festival, where I was one of only 50 students selected worldwide to participate in the Creative Minds in Cannes Internship Experience Program. At the 2012 Cannes Film Festival, I served as an intern for Panorama, Annapurna Pictures' international sales division. Simultaneously, I networked extensively for Filmsnoir's Prodigal, which I advertised and screened at the festival's Short Film Corner.

In 2013, I took advantage of another opportunity to travel outside of the United States, and I completed a six-week language immersion program through Sol Education Abroad in Oaxaca, Mexico. I experienced Oaxaca's beautiful surroundings and culture while completing a Beginner Spanish II and Intermediate Spanish I /II certificate program at la Universidad Autónoma Benito Juárez de Oaxaca (UABJO) Facultad de Idiomas.

As a citizen of the United States and as a global citizen, I value diversity and meaningful inclusion. My interest in transnational popular culture is also strong, including film, television, comics/manga, anime, and music. Ever since my undergraduate years, I have worked with a diverse body of people as a student, a workshop presenter, a poet, an artist, an Upward Bound academic counselor, a student representative on the University of Iowa's Diversity Task Force, a writer, a freelance editor, a screenplay analyst, an academic adviser, and a college instructor at various institutions.

Much of my teaching and tutoring experience has been with college and high school students, but I have also worked successfully with elementary and middle school students in environments such as homework centers, summer programs, and community organizations.

Considering my high degree of integrity, high standards, and diverse background, I believe that I would be an asset to anyone who hires me as a teacher or a tutor.

Black Studies (with a concentration in film studies)

If you would like to message Dabian W., please login as a student. We do not require any payment information to message our tutors.