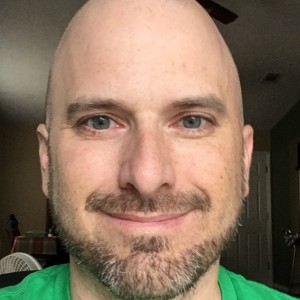 Name is Corey Gaddy and I live in Panama City. I moved there in 1995 from snowy Upstate New York, in which I lived after I had moved from Hawaii. Yes, I got to spend 4 years in a tropical paradise, but that's not why you should be jealous. You should be jealous because I found an even better paradise in Panama City. That was found when I married my wife and started my family which now consists of my 12 year old son, 5 year old daughter who is my princess to be, and basically her twin sister Avery who is 18 months younger and will be 4 in April.
After graduating high school in May 1995 I attended Gulf Coast State College and received my Associates Degree in Liberal Arts in April 1998. By August 1998 I was enrolled at Florida State University in Tallahassee where the Noles played for the National Title all 3 years I was a student, winning in 1999. Along the way I managed to graduate in April 2000 as a double major earning a Bachelors Degree in History and a 2nd in Social Sciences. I then re-enrolled and for another year and earned my 3rd Bachelors in Education in April 2001. Soon after I was hired by the same school I did my student teaching at, Swift Creek Middle School, in Tallahassee. I taught 6th grade Geography and served as an Assistant Coach on the football team and boys basketball.
The summer after my 2nd year an opportunity arose in Panama City and I moved back to teach at Deane Bozeman School which had just opened. Prior to starting there I added ESE (Exceptional Student Education K-12) as a certification, with the ever increasing class sizes being an ESE teacher at a PreK-12 school let me teach classes with fewer students. It also allowed for me to differentiate the class and give more small group/ 1 on 1 instruction. Eventually, I was asked to serve as the ESE Department Chair, a position I kept for 10 years. Also, I coached basketball, football, baseball, softball, and even spent a year helping my eventual wife with the dance team, all I did was turn the music on and off.
When I completed my 16th year teaching this past June I looked up and had 3 children and loving wife that I felt needed more of their dad and husband at home. Between teaching and coaching all year there were many long days and too much missed time. With my wife's support I resigned my position as a teacher and began working from home. Over the past 6 months I have taught English to students in different countries via the internet, rated Facebook ads for an advertising company, got certified as a transcriptionist and have transcribed all types of documents. I also officiate middle school and high school basketball during some evenings and weekends. Best of all I get to be with my family a lot more and dictate my schedule.
I still consider myself a teacher and know I'll teach again, because I love to teach and I am good at it. What I am best at is being able to teach a concept multiple ways to be able to reach all different learners. To be a successful tutor the person has to be able to adapt and adjust to the ages, personalities, learning styles, and moods of the student they are helping. Those are all things I do well, which has made me successful in this field. Particularly in the following subject areas, all of which I have taught in the classroom, and can tutor:

If you would like to message Corey Gaddy, please login as a student. We do not require any payment information to message our tutors.