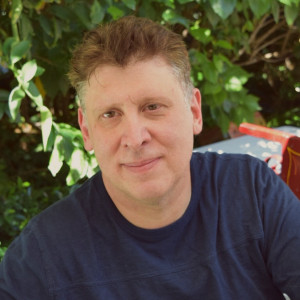 Lee Michael Cohn is an award-winning writer, director, producer and renowned acting teacher. He is equally adept at creative, non-fiction, and academic writing, and he's been published on a broad array of topics. He's also been a teacher for over 25 years, so his academic and tutoring experience is as vast as that of his writing.

Lee was the editor of the Santa Monica Mirror, where he wrote numerous hard news and arts stories. He was one of 25 writers selected annually out of over 700 applicants for the Warner Bros Comedy Writers Workshop. He co-authored “A Practical Handbook For The Actor,” the #1 best-selling acting textbook (over 300,000 copies) that has been translated into Dutch, Japanese, Chinese, and Turkish. He has taught acting and writing at NYU and The Atlantic Theater Company School, and the LA Film School.

Lee is also honored to have twice been Playwright-in-Residence at Cal State Northridge in the Veterans Theatre Project. Among his many creative projects, Lee is the director/co-creator of Inside Private Lives, the hit show that placed in the Top 10 out of over 2,000 entries at The Edinburgh Theatre Festival and garnered rave reviews in the NY Times, the LA Times, and the LA Weekly.

Lee holds a BFA in Drama from NYU/Tisch School of the Arts, and an MFA in Creative Writing from University of California, Riverside.

If you would like to message Lee Cohn, please login as a student. We do not require any payment information to message our tutors.