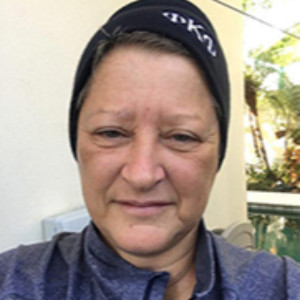 After traveling the world for many years, I returned to the states in 2003. By March 2004, I became the Founding Director of a multimillion dollar emergent reader press. By 2007, I achieved national recognition as an author of exceptional emergent reader literature, with 200 plus titles used in classrooms across the country. In 2012, I founded Community Leveraged Learning (CLL), and educational nonprofit, with the mission of sculpting and applying a Pedagogy of Access founded on the idea of quantum physics. Since 2012, I've produced an array of innovative educational opportunities for K-12 students, college students and adults, and for educators and businesses, built upon a strong network of community partners intent on building access, protecting the ecosystems, habitats, and wildlife, and supporting public education. May of 2013, Eckerd College accepted me as a Freshman and I graduated three years later in 2016 with a High Honors BA in Creative Writing and Anthropology along with the Eckerd Excellence in Writing nomination, after which, I entered University of South Florida in St. Petersburg (USFSP) for an interdisciplinary MLA degree. In 2017, I earned lifetime inductions into Phi Kappa Phi, Omicron Delta Kappa, and Kappa Delta Pi. Also in 2017, I conducted and co-funded the Boca Ciega High School Human Rights project, received recognition for a 360 film production piece, and authored the CLL Writer's Guide, What Makes Writing Great. In March 2018, I became a Tedx speaker on access instruction and in May earned the Catalina Marketing Foundation Grant for CLL's 'My Great Summer Adventure' Immersive Learning Project with Boys and Girls Clubs of the Suncoast.

Today, I mentor, instruct, consult, write, edit, present, demonstrate, and more frequently now, collaborate on some powerful projects with some remarkable Next Gen talent across an array of interests, experiences, backgrounds, and strengths: Social Entrepreneurs, Coders, Educators, Historians, Scientists, Engineers, Constructionists, Sustainable Food Farmers, etc., all purposed to the engineering of access and the facilitation of voices. Tutoring and mentoring, for me, is another way to make a difference in the world and help facilitate the next generations' success in a world now confronted by many environmental and socio-political challenges.

If you would like to message Trace Taylor, please login as a student. We do not require any payment information to message our tutors.